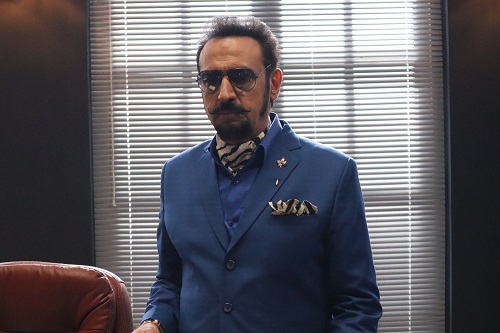 The ‘Bad Man’ Gulshan Grover added a new dimension to his career by making his OTT debut on SonyLIV with Your Honor 2. In the show which is getting rave reviews from the audience, he marks a strong presence as Gurjot Pannu, a charismatic tycoon with his share of secrets. With multiple shades and a tough look, his character has created a fair deal of buzz among his fans. Well, an actor who is known to reckon larger than life villain characters has an interesting take on playing such negative characters. He believes, playing such roles act like a therapy for him.

Gulshan Grover says, “Playing negative characters don’t affect me, in fact they purify me. Its like a therapy or a detox treatment. In many spiritual remedies, they say when you are sad, cry it out. You should take it out of your system. Similarly, for me, playing negative roles has been like therapy. It cleanses me completely. After shooting, I am far calmer and relaxed. Many actors claim that when they play negative roles they carry it even after the shoot. I don’t understand that; it’s the opposite for me.”

In Your Honor season 2, Gulshan Grover, plays the role as the criminal mastermind of the Tarn Tarn gang, who likes to make things, hot, dangerous and messy in the life of Bishan Khosla. Sharing his experience of playing Gurjot Pannu he said, “My main motive is to make things tricky and unpleasant for the other characters. From industry to industry, my connection and brand image as a villain have remained strong and Your Honor 2 on SonyLIV feels like the right show to enter the OTT sector as the “bad man”.”

Directed by E Niwas, produced by Applause Entertainment in association with Sphereorigins, Your Honor 2 is an official adaption of Kvodo, an Israeli television serial. Watch the ultimate faceoff between Jimmy Sheirgill and Gulshan Grover in this enthralling court room drama only on SonyLIV.

Voltas launches new Brand Shop at Basistha Chariali Bus Stop, Guwahati in the state of Assam The 2nd Brand Shop in the city