Every year, September is observed as Gynecologic cancer awareness month. It is important for women to understand what are most common Gynecologic Malignancies and how to prevent them and detect them early, to save lives.

Cervical cancer: It is the most common gynecologic malignancy. It arises from lower part of uterus. lt is mainly linked to HPV infection. It can be prevented by vaccine against HPV (Nanovalent Gardasil). Cervical cancer can be detected early by regular pap smears and HPV testing. Treatment options for very early cervical cancer include surgery. For early stage bulky disease and locally advanced stages, Radiation therapy along with chemotherapy followed by brachytherapy is the mainstay of treatment.

Endometrial cancer: Endometrial cancer incidence is on rise due to several factors like life style , habits, obesity, use of hormonal pills, family history. It malignancy that arises from the uterus and its lining. It is usually encountered in post menopausal women , but now we see rise in incidence in younger age group as well, probably due to above mentioned factors. A simple ultrasound is adequate to understand uterine cavity lining. There are no specific guidelines for screening for Endometrial cancer , but a simple USG and pap smear would aid in early detection.We prefer to do a Endometrial curettage or biopsy to diagnose Endometrial cancer. Surgery is the mainstay of treatment, followed by radiation therapy and chemotherapy if required based on risk factors. In advanced and metastatic cases, apart from chemotherapy, targeted agents and immunotherapy can be considered based on molecular markers.

Ovarian cancer: It is a cancer that begins in ovaries( female organs that produce eggs). Exact cause is unknown , but linked to risk factors like age above 50yrs, family history of breast or ovarian cancer. Majority of them do not experience any symptoms in early stages, hence goes undetected till advanced stages. Early stages treatment is mainly surgery followed by chemotherapy if needed. Advanced stages need both chemotherapy and surgery. Nowadays there is role of targeted agents also as maintenance if BRCA mutations are positive.

Periodic pap smear with HPV contesting after age of 30 yrs. A simple Ultrasound when in doubt Serum CA 125 tumor marker specifically for Ovarian cancer Knowing your family history (Breast Ovarian, Endometrial cancer) Most importantly consulting an oncologist to guide you about screening and understanding family history.

Early detection and knowledge is the key to conquer cancer.

Be A Vegetarian Yet Get Your Protein 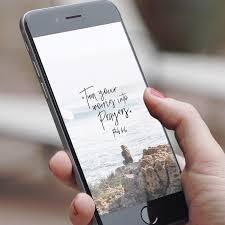