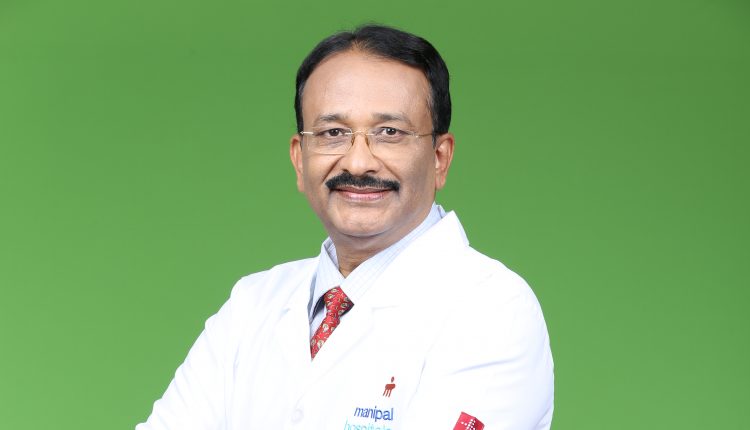 Reportedly only 600 families worldwide suffer from this syndrome

Vivek Singh (name changed), a resident of Kolkata in his mid-50’s a bank officer presented with abdominal pain and was diagnosed with symptomatic gall bladder disease. Singh on visiting Manipal Hospital on 01st April revealed that he had suffered from symptomatic pneumothorax, an abnormal accumulation of air in the space between the lungs and the chest cavity. Pneumothorax can result into partial or complete collapse of lungs and Singh had undergone treatment for this condition twice in the past. It was revealed during his previous treatments that Singh is suffering with a rare genetic disorder showing the signs of enlarged, damaged air sacs in the lungs, commonly known as bullae. In common terms a bulla is a fluid-filled sac or lesion. It appears when fluid is trapped under a thin layer of the skin. Pneumothorax can be fatal if left untreated however a timely diagnosis avoids further complications. Singh’s sister herself a doctor is also suffering with Birt-Hogg-Dube Syndrome along with their mother. Singh underwent gall-bladder surgery on 02nd April and the surgery was done without any complication owing to the detailed analysis done on his genetic disorder case.

Dr. Umasankar Mukherjee, Consultant General & Laparoscopic Surgeon Manipal Hospitals, Salt Lake, Kolkata said, “It is very less known about Birt-Hogg-Dube Syndrome as the case is reported only in 600 families world-wide. Our team was taking measurable steps and did complete analyses before proceeding for the surgery as a gall bladder surgery may seem to be one of the commonly performed operations, but a patient with a rare genetic disorder is one of the first case in my medical career spanning more than two decades. Birt-Hogg-Dube Syndrome is a genetical disorder characterized by multiple noncancerous (benign) skin tumours, distinctly on the face, neck, and upper chest. Technically this operation was critical as the procedure could be performed only when the patient was in the breath-in position so that the abdomen was visible, and while in the breath-out position the procedure had to be paused each time. Anaesthesia played a major role in the entire process and the surgery went smoothly.”

In standard practice, laparoscopic surgery is performed under general anesthesia. But it was a rare case where the usage of general anesthesia could have re-developed the condition of pneumothorax in the patient. Manipal Hospital examined Singh’s previous medical condition minutely and decided to opt for “Combined Spinal Epidural Anesthesia.

Dr.Tushar Ghosh, Anesthetist, Manipal Hospitals, Salt Lake, Kolkata said, “We immediately called for a complete analysis and discussion before preceding the surgery as the patient was suffering with a rare disorder and we wanted to avoid post surgery complications. After a proper understanding by our expert team, we drifted from the general technique of anesthesia to avoid any complications during the gall bladder surgery of Mr. Singh suffering from Brit-Hogg-Dube syndrome. Combined Spinal Epidural Anesthesia is the lesser used procedure of anaesthesia but it completely reduced the chances of rupture of the bullae. In this form of anaesthesia, the patient is conscious during the surgery but suffers no pain during the procedure. Thoracic combined spinal epidural anaesthesia needs well expertise and to make the patient comfortable spinal epidural anaesthesia was used as the sole technique instead of a combined technique of general and combines spinal epidural anesthesia”.

Singh was released on 04th April as he was doing well and did not have any post surgery complications. He is under follow-up and having a speedy recovery. He has no complaints of pneumothorax and is completely stable.