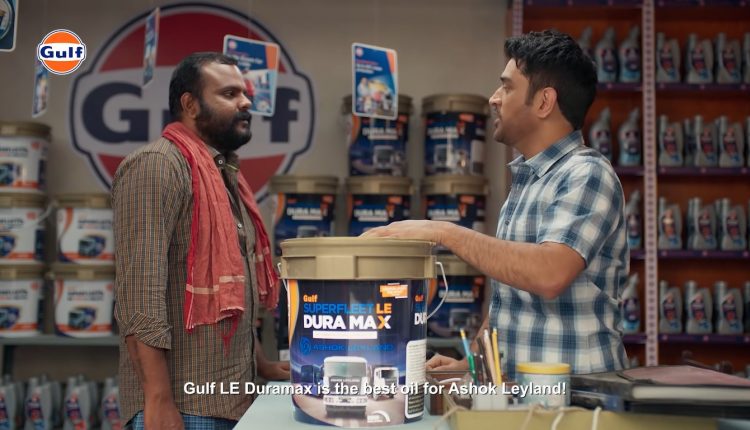 The brand film features MS Dhoni, who’s affectionately referred to as Thala in South. (meaning Leader or head), as a sassy and stylish mechanic alongside Dheena, a well-known comedian in the Tamil industry. Directed by Bharadwaj of Slingshot films, the ads have been shot by renowned DOP, V. Manikandan, and the creative ideas/scripts are from OPN Advertising and DDB Mudra. To bring a strong connect with the audiences, the campaign film brings out small nuances borrowing from South movies and styling that one can easily relate to.

Creative Director, OPN Advertising, Chockalingam S said, “Dhoni has transcended sportstardom in South India to become a Superstar akin to some of the biggest movie stars in terms of the adoration he receives from his fans here. We wanted our campaign to reflect this hero status both for Dhoni as well as the product. Which is why, we had punch dialogues and dramatic entry shots woven into every script. Watching Dhoni delivering dialogues in Tamil and Telugu was absolutely delightful and we hope that the local connect for the brand grows even stronger.”

Anurag Tandon, Managing Partner, DDB Mudra Group said “Gulf Oil has, over the years, enjoyed a strong presence in the south market. All thanks to years and years of the MS Dhoni and CSK association. With these highly engaging, ‘uniquely south’ films, we saw an opportunity to strengthen the brand’s business reach and boost confidence, not just among our customers but also our retailers and distributors.”

Ravi Chawla, MD and CEO at Gulf Oil Lubricants said, “South of India has always been a top performing market for Gulf Oil. With these campaign films, the brand hopes to strengthen our consumer connect further and enhance distribution in this part of the country. Our 11 years’ association with Chennai Super Kings and MS Dhoni has given us exponential growth and this was the best time to celebrate the longest association.”

Through this campaign, Gulf Oil also wants to draw attention of the masses to ensure administering the booster shot and be mindful of one’s overall health during the ongoing COVID times.