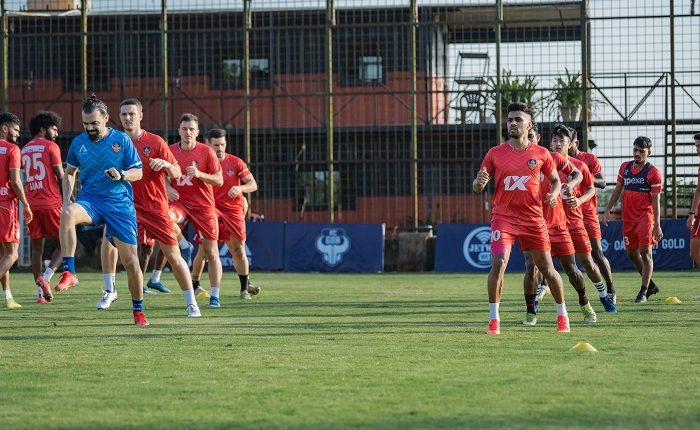 Mumbai: FC Goa are still buzzing as a result of their big win over Chennaiyin FC last week. Their work for the season, however, is not done completely yet – as four more league games remain ahead of the playoffs.

In order to secure a berth in the top-four, the Gaurs will have to win all four of those matches. It is, in short, ‘do or die’ time for Derrick Pereira and his boys – and they will welcome ATK Mohun Bagan first, in a designated home game on Tuesday.

The team from Kolkata are being led by a familiar face in Juan Ferrando, FC Goa’s former head coach. When the two sides clashed earlier this season, the Spaniard had the last laugh with the Mariners despite a late goal from Jorge Ortiz.

Come Tuesday, the Gaurs would hence look to make amends for that defeat as well.

FC Goa are currently in ninth place on the Indian Super League (ISL) points table, with 18 points from 16 games. The gap between them and the top four teams in the points table is gradually widening, which makes it necessary for the Gaurs to win all their remaining four games if they want to make it to the playoffs.

A win on Tuesday will help Derrick Pereira and his boys climb to seventh place, which is a good jump as things stand right now. That said, it also needs to be mentioned that it will not be an easy task, given the current form of ATK Mohun Bagan.

The Mariners are on a ten-match unbeaten run, which includes five wins and five draws. Under Juan Ferrando, they have done well so far this season and come into this game on the back of two consecutive wins.

Ferrando’s former association with FC Goa will make Tuesday’s game an interesting affair. The Spaniard is likely to know about the Gaurs’ strengths, while the latter would also be aware of what the tactician expects from his teams.

Both sides can be expected to use their default possession-based passing style of play. This means that both teams are likely to create many good goal-scoring opportunities and the team whose attacking firepower is the best will emerge victorious. While FC Goa have had problems on that front this season, they finished their chances well against Chennaiyin FC and that should give them a lot of hope.

2 – Both teams have been equally poor in keeping clean sheets this season, with only two each so far. ATKMB are currently on a four-game run without a clean sheet while FC Goa registered one last week against Chennaiyin FC. The Gaurs are also yet to keep a clean sheet against ATK Mohun Bagan.

3 – ATK Mohun Bagan are on a three-game unbeaten streak against FC Goa. In fact, they have never lost to the Gaurs since their inception in June 2020 (won twice, drew once).

21 – FC Goa and ATKMB combined, have conceded 21 times from set-pieces in ISL 2021-22. With both teams facing each other, it hence would not be a surprise if a set-piece goal happens on Tuesday.

How Diabetes can be a driver for High blood pressure and…