SEHA urges parents to be aware of Diabetes symptoms in children 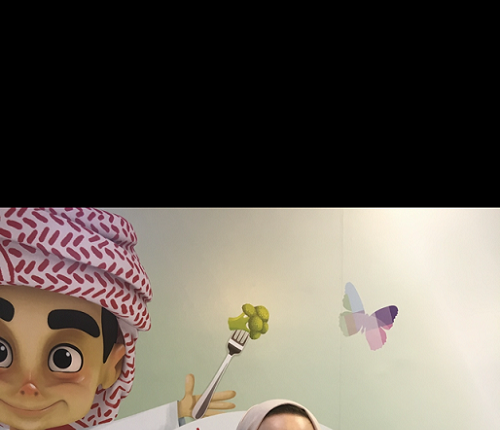 Abu Dhabi Health Services Company (SEHA), the UAE’s largest healthcare network, has urged parents to be aware of the signs of diabetes in children – a condition that can lead to serious health issues if left unchecked.

SEHA has shared the story of a 5-year-old UAE national, whose diabetes was diagnosed by doctors at Al Bateen Healthcare Center and treated at Sheikh Khalifa Medical City (SKMC).

Commenting on the story, Dr. Baraa Arwani, Specialist Pediatrician at Al Bateen Healthcare Center managed by Ambulatory Healthcare Services, said “The 5 year old boy visited the center with his father who was worried that his son was not his usual self and was showing signs of exhaustion.”

Further discussion with the father revealed that the boy had begun experiencing mild abdominal pain two days before visiting the doctor and was drinking more water than usual. However, he showed no symptoms of fever, vomiting, change in bowel habits or upper respiratory infection.

Dr. Baraa added: “The boy’s vital signs were also normal, although there were signs of tiredness and dehydration. After some investigation into the child’s medical history and a physical examination, I suspected he was diabetic and so immediately ordered blood glucose and urine tests. These confirmed my suspicions as his blood glucose levels were very high and his urine results showed that he was in diabetic keto acidosis (DKA), a serious condition that can lead to a coma and sometimes life threatening complications.”

Diabetic ketoacidosis (DKA) is a life-threatening complication that is often the first warning sign of type 1 diabetes. It occurs when insulin in the body is so low that the glucose cannot be used as a fuel so it burns fat for fuel instead and, as a result, produces ketones. Excessive accumulation of ketones can be toxic and makes the blood acidic. Early diagnosis is critical as symptoms can deteriorate very quickly and lead to a diabetic coma.

Dr. Baraa Arwani added: “The child was immediately transferred to the Emergency Department at SKMC to manage the DKA. He was admitted and properly managed, laboratory result showed that he was in severe DKA and was managed successfully as a case of new onset Diabetes mellitus complicated with DKA.”

The father was thankful for the smooth, timely and proper patient diagnosis done by the Al Bateen physician and the proper care provided by SKMC physicians, as his son’s case was successfully detected and managed before getting into life-threatening complications.“

“The patient was admitted to SKMC for two days, and we managed to stabilize his condition with insulin and close monitoring of his blood glucose. Upon discharge, we educated the parents about the correct insulin injection technique, glucose monitoring at home and the importance of eating a healthy balanced diet. This is in addition to follow ups at our diabetes clinic.” stated Dr. Nadeem Abdullah, Consultant Pediatrician at Sheikh Khalifa Medical City.

Commenting on the story, Dr. Omar Al Jabri, AHS Chief Medical Officer said, “At SEHA, we ensure the provision of comprehensive diabetic services from early detection and diagnosis to diabetic patients’ follow-up and treatment to enable them to control the disease. In addition, we ensure patients undergo periodic preventive screening for potential complications of the disease in order to diagnose and treat them early. Equally important is referring diabetic patients to other specialties such as nephrology, cardiology, ophthalmology, neurology, nutrition, and podiatry both within our healthcare centers and SEHA’s hospitals.”