Svitch MotoCorp Pvt. Ltd. is all set to Launch the Stylish CSR 762 for the Young Biking Enthusiasts 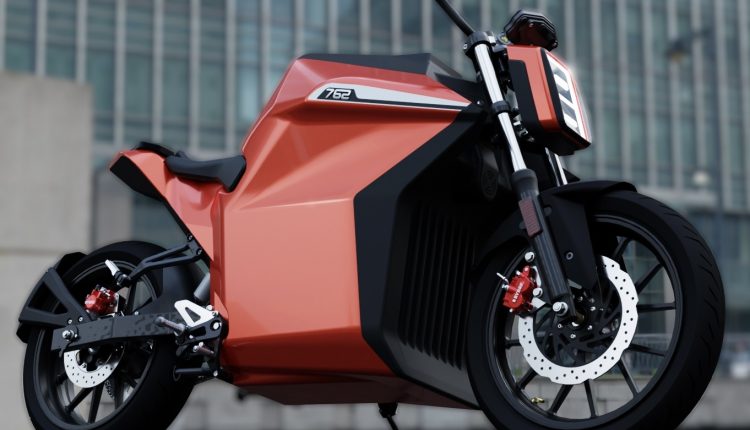 Svitch MotoCorp in its recent announcement has declared that it is all set to launch its new-gen EV bike CSR 762 by July-August 2022. The homegrown company has added another revolutionary product to its existing list of electric vehicles that are transforming the Indian automobile sector. The stylish CSR 762 packs in a powerful 3kW Motor that peaks up to 10kW at 1300 RPM which is packed by a PMSM motor with a central drive system supported by the battery capacity ranging up to 3.7kWh Li-ion, nickel-manganese-cobalt (NMC). Its look and design will make the heads turn and this no pollution vehicle is an asset to help reduce pollution and global warming.

With Svitch, Mr. Rajkumar Patel & Mr. Chintan Khatri, the leaders behind the vision, want to equip the Indian audience with the most effective and modern EV two-wheeler automobile technology by encouraging everyone to make the Svitch. The company is also actively seeking channel partners to further enlarge the reach of the whole CSR 762 project. The company has put together a dedicated specialised team for the execution of the passionate project. Speaking on the upcoming launch of CSR 762, Mr. Rajkumar Patel, Founder of Svitch said, “We aim to revamp the Indian automobile sector with electric change and encourage Indians to re-think our way to commute, luxury, and recreation because we believe in precision and quality. The CSR 762 packs in a complete on-road riding experience which lays out a very strong notion that it is indeed a luxury for the layman. The vision to create CSR 762 is aimed at providing luxury, style, and sustainability all together for the biking enthusiasts.”

The source thought behind the design language of the CSR 762 is Gujarat’s Majestic Asiatic Lions which is very evident in the overall design of the bike as it embodies the spirit of pride, power & personality very sportingly. The CSR 762, now in the certification stages, is done with the internal testing part as things are catching up rather superfast for the flamboyant brand. After grasping a stronghold over the tier-1 cities & crowd, Svitch is all set to fulfill the city commute needs of the Indian middle-class automobile demographic.

The top speed of the bike goes as high as 110KM/h and the bike can go as far as 120 km on a single charge depending upon the many modes that come with the bike. The wheelbase boasts 1430 mm & the curb weight along with the weight capacity go 155 kg & 200 kg respectively. The rake is 24 degrees & the trail of 136mm. The seat height is 780 mm which flaunts 6 driving modes: 3 driving modes, 1 parking mode, 1 reverse mode & 1 sports mode. The company hopes to spread its wings by installing Battery Swapping Stations according to the government’s policies.

The CSR 762 packs in a complete on-road riding experience which lays out a very strong notion that it is indeed an EV motorbike meant for the masses. The ballpark price figure before subsidy can be tentatively estimated at around 1.65 lakhs INR(tentatively) and post the subsidy it will be costing around 1.25 lakhs INR (tentatively) with up to 40,000 INR(tentatively) subsidies being offered from the Government of India.

Svitch has internalised the concept of a bootstrap company as Mr. Rajkumar Patel has himself poured his own money and his valuable time over the many years into the project from his pocket despite the company locking a lot of dealerships & distributorships right from the soft launch of the bike in November 2021. The company is also filtering & streamlining the process of dealerships & distributorships as the brand is specifically looking for EV enthusiasts & businessmen who align with the transformative image & language of this young & dynamic brand.

The CSR 762 is all set to be the biking sensation for the new India!