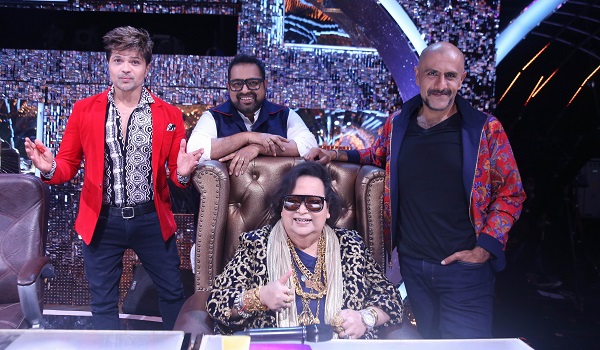 With a rich legacy of over 25 years, Zee TV’s Sa Re Ga Ma Pa has been successful in discovering some truly invaluable gems of the music fraternity including Shreya Ghoshal, Kunal Ganjawala, Kamal Khan, Amanat Ali, Raja Hassan, Sanjeevani and Bela Shende amongst many others.  In the wake of the enormous success of Sa Re Ga Ma Pa Li’l Champs last year, Zee TV is back with its most iconic, longest-running singing reality show that has managed to stay relevant to music lovers across the country – Sa Re Ga Ma Pa.

The upcoming episode of the show will showcase the Top 16 contestants engaging in a tough battle of music. While their talent is sure to enthral viewers across the nation, the veteran singer Bappi Lahiri will be seen bringing in a retro charm as he appears as a special guest on the show. While engaging with each of the contestants, Bappi Da will also be seen revealing some interesting anecdotes about some of his compositions.

During the Bappi Lahiri special episode each of the contestants put in a great effort to recreate some of the memorable songs of Bappi Lahiri, leaving him all nostalgic. One such contestant amongst them was Bhopal’s Sharad Sharma who enthusiastically and melodiously recreated Bappi Da’s song Pagh Ghungroo Baje’ from the 80’s film Namak Halal. Sharad’s stunning performance not just impressed Bappi da but also took him down memory lane and reminded him of the time when late Kishore Kumar recorded the track.

“The recording for Pagh Ghungroo Baje went on for three days in Mehboob studio” revealed Bappi Da leaving everyone stunned. When Himesh Reshammiya asked him how the track took so long to compose considering Bappi Da’s songs would become a superhit in a couple of hours, Bappi Da revealed “Kishore Mama had his own style. I had initially insisted Kishore Mama to only sing this song despite his initial resistance. However, one sargam in this song was sung by Satyanarayan Mishra ji. Kishore mama sang this song with absolute joy, and it was truly an unbelievable song.”

While Sharad’s performance was an eyecatcher of this episode, the other contestants were also seen putting up some outstanding performances on some original tracks composed by our very own Bappi Lahiri.

To know more tune into Sa Re Ga Ma Pa, every Saturday and Sunday at 9 pm, only on Zee TV!