aha collaborates with Pocket Aces, the makers of Little Things, for the Telugu remake of the popular show What The Folks 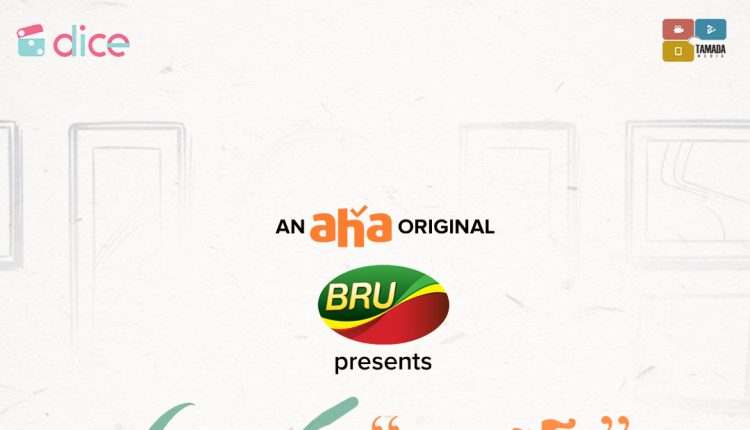 Directed by Jayanth Gali (known for Love Life and Pakodi), Alludu Garu shares interesting insights into the complications of modern-day relationships. BRU Coffee is the presenting sponsor for the show. The first episode was released on October 29.

Alludu Garu revolves around a newly married couple Ajay (Abhijeeth Poondla) and Amulya (Dhanya Balakrishna). It looks at life through the lens of Ajay, who is forced to stay with his in-laws Ashok (Y Kasi Viswanath), Nalini (Sudha) in a conservative household. Braving past his initial reluctance, Ajay does his best to meet the expectations of his in-laws and fit into the family. Besides tickling your funny bones, Alludu Garu is sure to make you empathise with the plight of Ajay.

“We are extremely happy to collaborate with Pocket Aces for Alludu Garu. Over the last 20 months, aha has been making rapid strides to provide no-holds-barred entertainment in various genres for Telugu audiences worldwide. In a bid to produce path breaking content, aha is going the extra mile to collaborate with talent across the country and push the bar for Telugu entertainment. Alludu Garu, spanning five episodes, is certain to leave audiences craving for more. It’s our pleasure to team up with BRU Coffee and we hope to take our association forward for many more years to come,” Ajit Thakur, CEO of aha, shared.

“We are extremely excited to foray into regional content with aha and expand our reach even deeper with the country. Telugu was a good first language to begin with since the audience is larger. Recreating one of the successful titles with regional talent not only demonstrates the extended value of our IP, but also the relevance of the content throughout India. You will soon see more Telugu as well as Tamil originals from Dice Media.” Aditi Shrivastava, co-founder and CEO, Pocket Aces said.