Well-known for its mismatched sneakers, the CAVAL brand has announced the June launch of a new unisex collection made of apple leather, a recycled substitute for traditional leather that is also vegan.

The new creations will be available in four colors from Caval.fr. 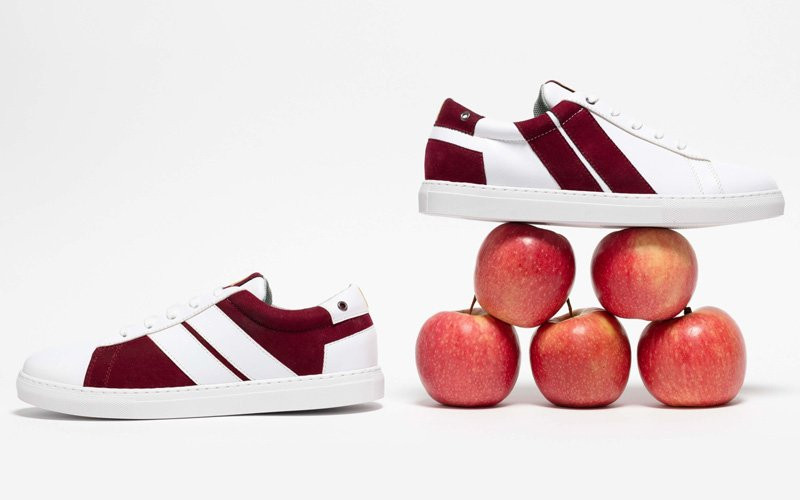 Apple peel fiber is gaining ground as an alternative to leather. Hot on the heels of Tommy Hilfiger, CAVAL has announced the launch of another pair of sneakers partly made of the recycled material, which is also known as Pellemela, as part of a drive to reduce its environmental impact and further the cause of more sustainable fashion.

Pellemela has been made possible by the reprocessing of fruit-juice byproduct in the Tyrol region of Italy, which generates millions of tons of apple waste every year.

Combined with PU, this waste is used to create the new vegan material, which is increasingly sought-after by brands looking for a more sustainable leather, which offers benefits for the environment and animal welfare.

CAVAL has chosen to use this material as an alternative to leather for its new unisex collection of vegan sneakers.

The collection features an apple leather upper from Italy, colored inserts in recycled PU from Spain, a 40 percent recycled natural rubber sole from Portugal and organic cotton laces from Italy.

A 100 percent European collection in short, which combines natural, sustainable and recycled materials.

Starting on June 13, four colors will be available from the brand’s online store. A further color will be added in September in an exclusive collaboration with the Parisian department store, Le Bon Marché. As to the price, the sneakers will retail for 139 euros.

This latest launch comes in the wake of a similar initiative by the Tommy Hilfiger brand, which brought out two sneaker models partly made from recycled apple fibers in March of this year.

The new material is expected to be increasingly prevalent on fashion runways in the coming seasons.