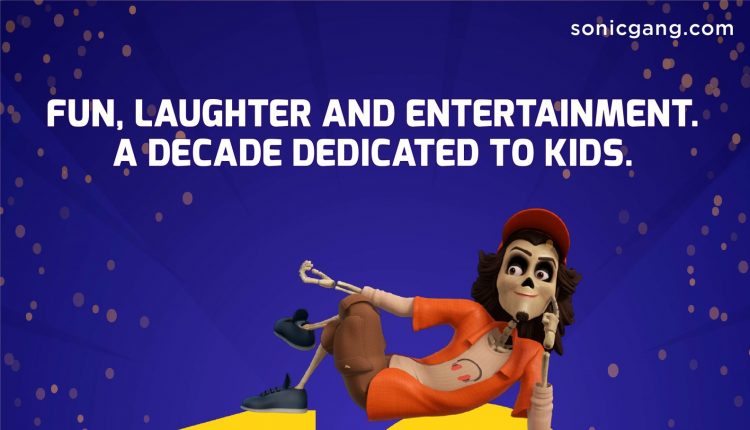 It was on December 19, 2011 that Sonic, part of India’s leading kids’ entertainment franchise Nickelodeon, went live. Entering an already cluttered and competitive market, Sonic since inception has engaged and entertained kids with stories that bring happiness in their lives. Starting from the bottom of the charts during its initial years, the channel has grown to become an entertainment hub and continues to rule the hearts and minds of its young viewers, as it turns 10.

Rising through the ranks, the kids’ category has witnessed Sonic’s journey from 7th position since its launch a decade ago to the 3rd position in 2020-21 and currently a strong No. 1 in its anniversary week. With a splendid reach of 28.2 million as of November 2021, Sonic plays a significant role in strengthening leadership for the Nickelodeon franchise. With viewers spending 119 minutes on an average per week, Sonic currently commands 13% market share.  From the launch of its first show ‘Kung Fu Panda- The Legend of Awesomeness’ to its latest home-grown IP Pinaki & Happy – The Bhoot Bandhus, the show contributes 30% of the channels ratings and consistently appears in the category’s Top 10 slots since its launch. Sonic has crafted and carved its growth story upon engaging stories, endearing characters and a solid kids connect.

Speaking on Sonic’s journey over the last decade, Nina Jaipuria, Head of Hindi Mass Entertainment & Kids TV Network, Viacom18, said, “When we started our journey with Sonic a decade ago, we took a plunge in the highly competitive kids category. From then to now, Sonic has grown leaps and bounds. The success story of Sonic is a result of our kids first approach in driving innovation with pioneering homegrown content thus making Nickelodeon the leading franchise. We take great pride in Sonic’s success and are truly overwhelmed with the love it continues to receive from kids and advertisers alike. We are happy to have built a brand that is a destination that kids return to for their daily dose of entertainment and look forward to the next phase with enthusiasm and zeal.”

Commemorating Sonic’s decade long journey, a special birthday campaign ‘Tenniversary’ is devised focusing on partnerships, expansive influencer promotions and digital engagement through an array of exciting activities that is sure to keep children entertained.